Preview Mode Links will not work in preview mode

This episode is a fun one, man-gagement rings, the royal wedding, and wedding stats!

Prince Harry designed the custom engagement ring he gave to his fiancée -- and it includes some special sentiments.

The center stone is from Botswana, where the two visited in August. But the two stones that flank the center jewel honor Prince Harry’s mother as they're from Princess Diana's collection.

The ring was made by court jewelers Cleave and Company, according to Town & Country magazine .

The wedding is on Saturday, May 19th, 2018 at midday at St George’s Chapel, Windsor Castle, where Prince Harry was christened.

What about the best man and bridesmaids?

The Duke of Cambridge is expected to be Harry's best man, or perhaps jointly take on the task with one of Harry's childhood friends. William has already joked that he is yet to be asked by his younger brother.

Prince George and Princess Charlotte look almost certain to be page boy and flower girl. The siblings already know the score - they performed those roles at the wedding of Pippa Middleton, the Duchess of Cambridge's younger sister, to James Matthews in May last year.

Ms. Markle may also choose some grown-up bridesmaids from her close set of friends - most likely Canadian stylist Jessica Mulroney and Indian actress and philanthropist Priyanka Chopra. She might even pick a best woman.

Ms. Markle will become an HRH and a senior royal after marrying Harry and joining the Windsors. She is also expected to become a duchess , as Kate Middleton, who is expecting her third child in April, did when she became the Duchess of Cambridge after saying her vows in 2011.

By tradition, male members of the Royal family receive a title from the monarch on their wedding day, and the vacant title Duke of Sussex is regarded as the most likely choice for the Prince, meaning Ms. Markle would become HRH The Duchess of Sussex.

Like Prince Harry, the previous Duke of Sussex lived at Kensington Palace, and he also married for love, rather than choosing brides who fitted the traditional royal mold.

Hi ladies! My fiancé and I had been planning a wedding for May 2019, then recently realized that we had to get married for health insurance purposes. We did it at court--no ceremony, just paperwork--and still plan to have a wedding next year. It's NOT a secret that we did this. But I'm scared that people will be angry if we have a ceremony next year since it won't be the "real deal." Do you have any thoughts?

THANK YOU TO OUR SPONSORS: 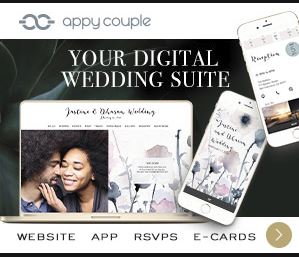 -Until next time, No Stress No Worries Keep Calm and Listen On-

From Ring to Veil is a wedding planning podcast hosted by Shannon Palmer and Kim Mills. They have years of experience in the wedding industry and the podcast world. Kim and Shannon want to share their knowledge and expertise from flowers and décor to venues and photographers. Together they make the perfect team to bring all sorts of wedding planning tools, tips, and tricks as well as expert information. The knowledge and secrets shared by expert guest hosts make this the perfect place for you to plan with confidence. Putting the fun back into wedding planning.